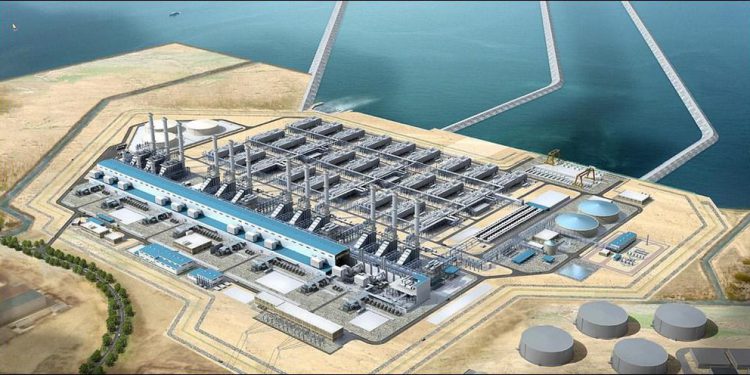 The Project: The Kharama mega reservoir project entails construction of five potable water mega reservoirs sites and interconnecting network of large diameter water pipelines. Each reservoirs site will ultimately comprise up to nine reservoirs, each of which will be the largest of their type in the world. The objective of the Water Security Mega Reservoirs Project is to provide the 7 days of potable water storage in the new mega reservoirs and the existing and future secondary reservoirs preserving the water quality as per Kahramaa and World Health Organization (WHO) standards. 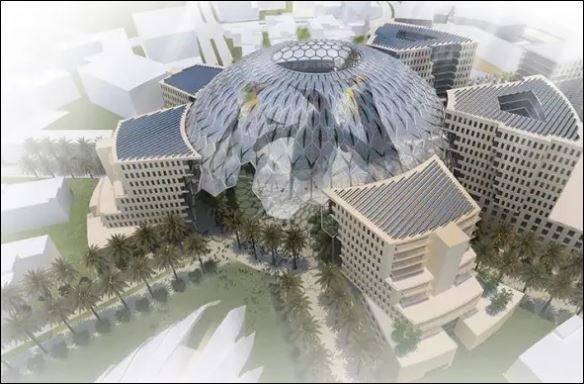 The Project: The Expo 2020 is a World Expo to be hosted by Dubai in the United Arab Emirates, opening on October 20, 2020. The Bureau International des Expositions general assembly in Paris awarded Dubai as the host on November 27, 2013. 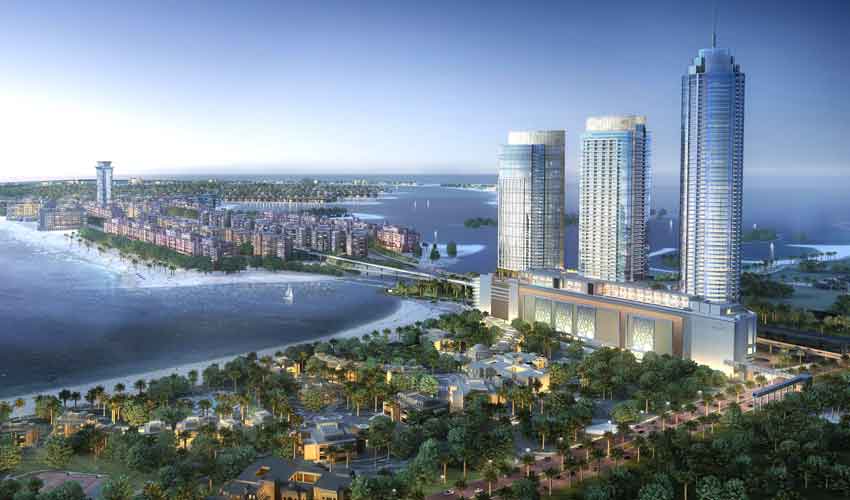 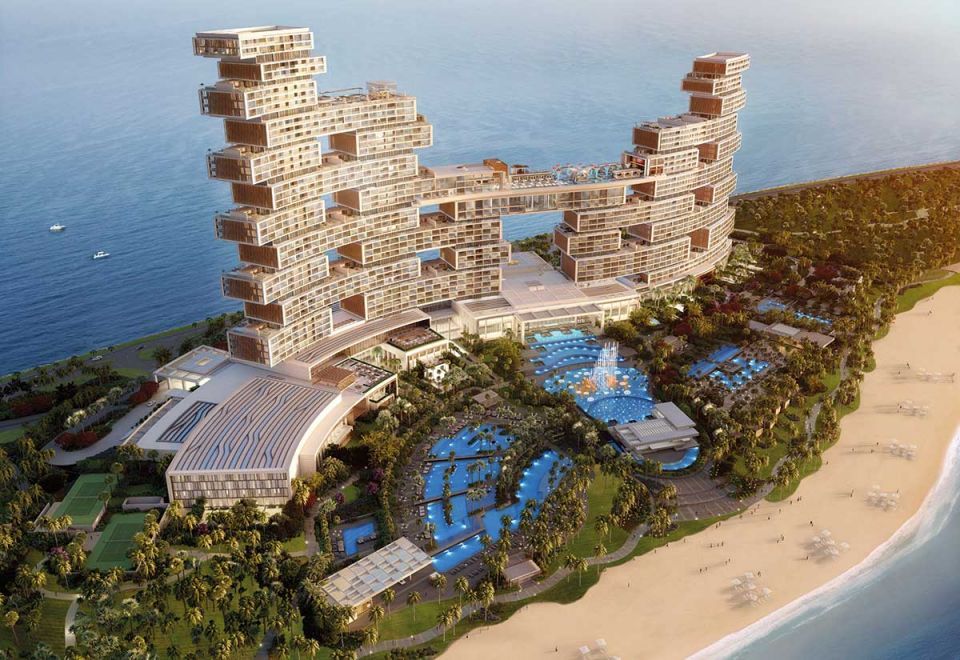 The Project: The Royal Atlantis Resort and Residences encompasses 43 storeys and will culminate at a height of 185 meters above sea-level. The complex will offer 795 guest rooms and suites as well as 231 serviced residences. It will also feature private gardens, cantilever pools, an infinity pool overlooking the Arabian Gulf and Dubai skyline, a cutting-edge fitness centre and modern spa therapies. Each tower consists of three reinforced concrete sub-towers. These are connected by a 45m long sky bridge that has been built at a lower level and lifted in place by a strand jacking method. The gross floor area of the property amounts to 387,097 m² and the total site area to 173,398 m². Upon completion, The Royal Atlantis Resort & Residences will measure roughly 500 m end-to-end. The key materials used to create the building include 45,000 tonnes of steel rebar, 5,500 tonnes of structural steel, 150,000 m² of marble and 130,000 m² of glass reinforced concrete. The façade and interior areas of the resort and residence will feature approximately 90,000 m² of glass, equivalent to 10 FIFA football fields. 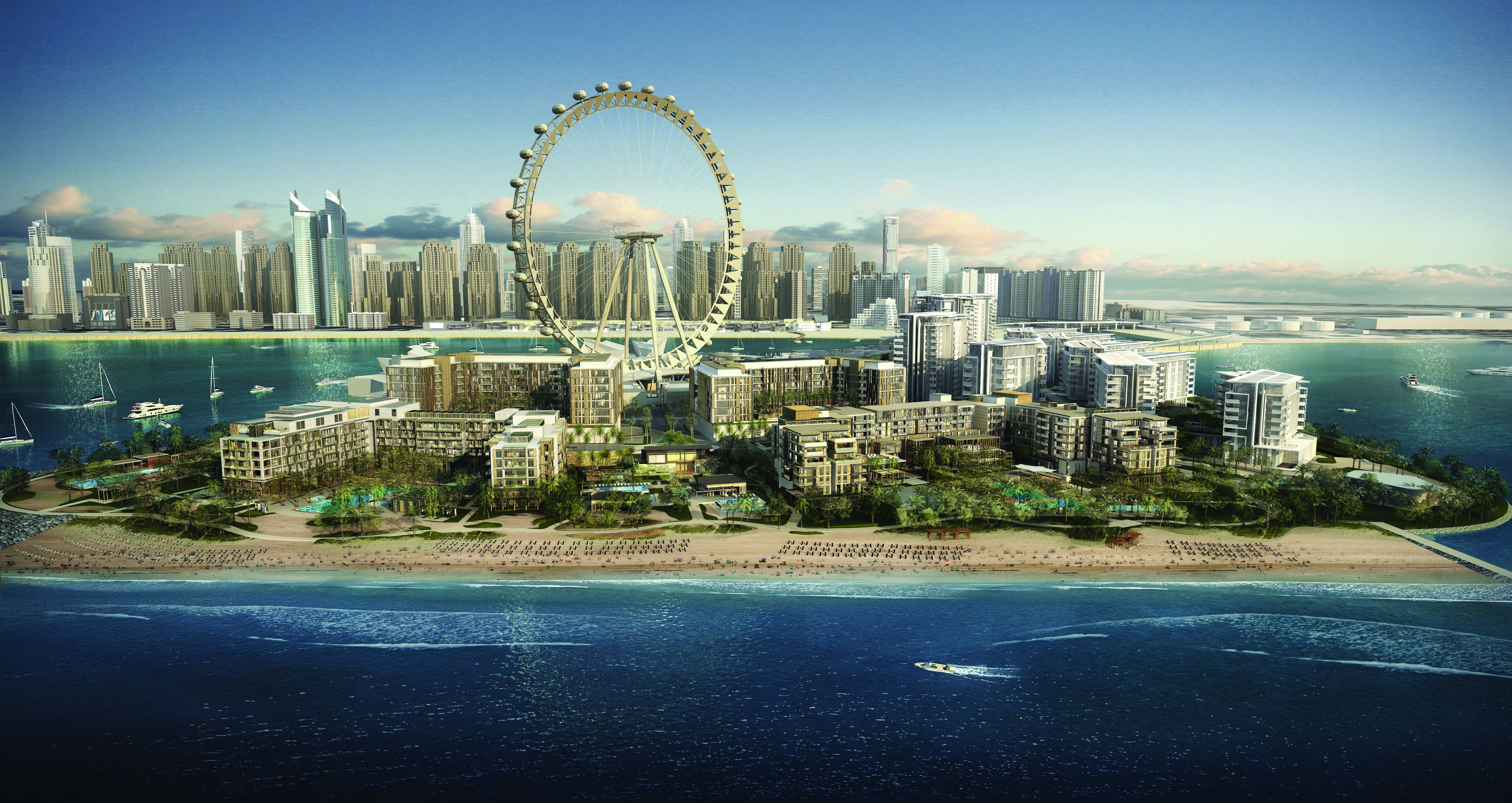 The Project: The Bluewaters Island is a development project under construction 500 metres (1,600 ft) off the Jumeirah Beach Residence coastline, near Dubai Marina, in Dubai, United Arab Emirates. It will include entertainment, hospitality, residential, and retail zones, and is forecast to attract more than three million visitors annually.[2][3] With a dedicated driver less transport system, 'you don't need a car to live on the island'. The island is featuring two five-star hotels with direct beach access. Bluewaters is also going to have around 200 beverage and retail and food outlets in the ground level of residential buildings and entertainment section of the island.[4] The total number of residential buildings on the island is 10. Each of these is considered mid-rise and features 15 stories or less.

The Project: The Abu Dhabi Airport is an international airport in the Emirate of Abu Dhabi, the capital of the United Arab Emirates. The airport, located 16.5 nautical miles east of Abu Dhabi city, is the second largest in the UAE after Dubai International Airport, serving around 20 million passengers in 2014 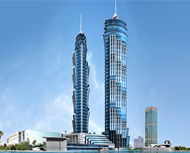 The Project: The Emirates Park Towers project is a twin-tower complex that is currently under construction in Dubai, United Arab Emirates. The supertall skyscrapers are being built in the Business Bay project and will house two large hotels. At 77 stories and 395 metres high they could well become the world's tallest fully hotel buildings. Facilities available include sky terraces, 20 restaurants, rooftop bars, a major entertainment centre, banqueting and ballroom capabilities. 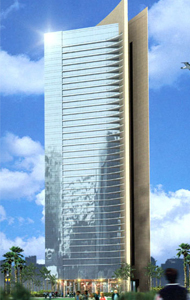 The Project: Sky Gardens is a modern icon of architecture soaring gracefully upwards. The simple aesthetics of the exterior of the building quietly complement the luxurious interior space, creating a unique living environment.

Floating against the backdrop of verdant tropical gardens, the scimitar stone supports elevate this 36-storey building, creating a residential space that is within the city and apart from it as well. The ground floor of the complex is dedicated to recreating a calming oasis of tropical colors and landscape that encompass the shopping arena, relaxing lounge and cafes. Five exquisite gardens punctuate the ascending floors, each with their own distinct character, lighting, design and planting. The gardens can be enjoyed amidst air-conditioned climate, offering a serene perspective to modern living.

The Project: The new 1,200 acre site along 4km of Dubai Creek from the base of Al Garhoud Bridge was chosen by His Highness General Sheikh Mohammed bin Rashid Al Maktoum, Dubai Crown Prince and UAE Defence Minister, to host the Global Village, which is one of the largest attractions of the annual Dubai Shopping Festival.


Mall of the Emirates, Dubai

The Project: Mall of the Emirates One of the most exciting retail and leisure complex in the Arab world, facilities include the largest hypermarket in the Middle East, a multi-plex cinema and a five-star Kempinski Resort Hotel featuring over 400 deluxe rooms with views over the Arabian Gulf. Underground multi-storey car parks are part of the new infrastructure.

The Project: The new expansion program includes construction of Terminal 3, concourse 2 and concourse 3 all dedicated for Emirates airline and a Mega Cargo Terminal. Construction work for Terminal 3, concourse 2 and concourse 3 is scheduled to be completed by 2008. With the completion of this phase, Dubai International Airport will have the capacity to handle close to 60 million passengers a year, its present capacity being 22 million.

The Project: Palm Island will include 2,000 villas, up to 40 luxury hotels, shopping complexes, cinemas and the Middle East’s first marine park. They will be accessible by 300-metre (990-feet) bridges from the mainland or boat to two marinas, while the main causeway will also have a monorail system.

The Project: Jumeirah Beach Residence is an impressive 22 million sq. ft. of gross floor area development across a length of 1.7 kilometres. It features 36 residential towers, 4 hotel towers, beach clubs and is being developed by the same team that produced landmark projects such as the Dubai Internet City and the Dubai Media City.

The Project:The Dubai Mall project, approximately a world-beating nine million square foot shopping colossus, will one day nestle in the shadow of Burj Dubai, the world's tallest tower. The scheme will comprise a five million square foot mall, residential and retail amenities. The mall itself, equivalent to the size of more than 50 international-class soccer pitches, will be the largest shopping space in the world, bigger than Edmonton Mall, Canada, and much larger than the Mall of America, in Bloomington, St. Paul, Minnesota.

With our software catering for every step of the reinforced concrete process and complimentary detailing bureau we have been involved in some of the largest and most impressive construction projects in the world.